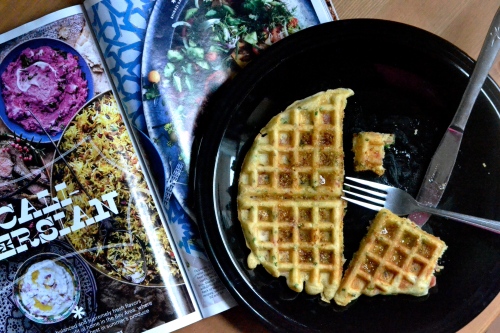 There are officially four days left in the school year. That’s it. Done. First year of teaching over. Shit. If I could share with you the mountain range (roller coaster is far too tame a term) that this year was, I would. The ups and downs though are ones that only the four walls of my classroom and the nineteen people who have grown within them will know.

While at times I felt like we were climbing Mountain Everest in the midst of the largest snowstorm of all time, I would still opt for making the trek. After all, I have come out of the storm and into the sunlight, not at the peak of said mountain, but many steps closer. With each heavy footfall along the way, I learned an unimaginable amount about teaching, about my students, about myself.

I told my coach at our end of the year meeting, “I’ve always considered myself to be very self-aware, but wow have I learned a lot about who I am this year. A lot.”

Still, I was rarely surprised by my self-realizations, except for one: Never, never, never did  I think I could love so much. I love those kids. I love them. More than the whole wide world, whole wide galaxy, and whole wide universe.

My roommate, Jake, was the brainchild of these waffles. Eating chicken and waffles at Longman & Eagle one morning, he asked, “Do you think you could do savory waffles?” He really meant, “Can you please make savory waffles and then let me eat some?” His questions sparked research, which sparked attempt after delicious attempt to perfect this savory waffle recipe. There are a number of different ingredients you could add to these waffles besides the bacon, Swiss cheese, chives, and beer I use below. Lamb, mint, and carrots with a hint of cumin. Rabbit with apricot jam and emmental. Scallions, soy sauce, and shrimp a la a Korean pancake. Sweet corn, blackberries, and cornmeal substituted for some of the flour. I even have a version with pickle juice brewing in my head. May the experiment continue.

1/4 cup whole milk or buttermilk (or a combination)

In a small bowl whisk the maple syrup and Dijon with a fork. Set aside.

Meanwhile, heat a skillet over medium heat. When hot, lay down the bacon in a single layer and let the strips cook for a few minutes without moving. Once they start to curl up, flip the slices over to the other side and cook until they are crispy, about 3 minutes. Using tongs, remove bacon from the pan and place on a cutting board. Let cool slightly; then chop or crumble into small pieces. Set cutting board with bacon aside.

Mix the beer into the batter. It should fizz slightly. Add the bacon along with any of its grease on the cutting board, the Swiss cheese, and chives. Mix just until combined.

Heat a waffle iron to its highest setting. Butter both sides of the iron and follow the directions on your waffle iron to cook the waffles. Serve immediately with the Dijon maple syrup or hold in a 200 degree oven, directly on the rack (don’t stack them or they’ll get soggy). These also can be refrigerated or frozen and reheated in a toaster oven. If you plan to do this, let the waffles cool on a cooling rack. Then, wrap in plastic wrap or seal in a gallon sized plastic bag.

Filed under Breakfast and Brunch